AWS re:Invent 2016 Wrap Up: Top Trends You Need to Know 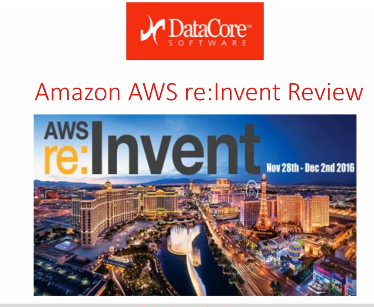 Some of the top announcements from Amazon at re:Invent included:

So, how does DataCore fit into Amazon AWS? Several current use case examples include:

To hear more details on the news from the show, listen to the full webinar here: https://www.brighttalk.com/webcast/11531/237991