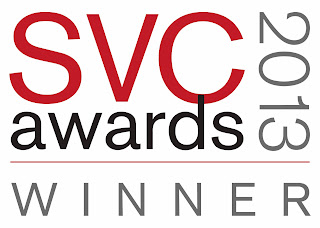 DataCore Software was notified that it had won a prestigious 2013 SVC (Storage, Virtualisation & Cloud) Project Awards for the Storage Project of the Year category for the installation at Quorn Foods (part of the Marlow Foods Group).  The Awards, organised by leading media house, Angel Business Communications (titles include Data Centre Solutions, Virutalization World and Storage Networking Solutions), aims to showcase the Best of British IT Storage customer endorsements, and culminated in a Central London prestigious awards ceremony.

Sharon Munday, DataCore Marketing Manager and author of the Quorn Food testimonial commented. “We are genuinely thrilled to receive this award as it is all about recognizing enduring business benefits to the customer. The Quorn Foods installation showcases how best to utilise the power of a software defined storage layer, not only to shore up the virtualised estate, but also to provide underlying tools to the business to increase competitive edge. In the case of Quorn, deploying DataCore’s SANsymphony-V solution led to a decrease in ERP data mining times at critical month end, from 20 minutes to a blistering 20 seconds. That’s an eye -opening achievement that enticed the   independent panel of judges.”
Simon Birbeck, from IT partner Waterstons, elaborated further:- “What we achieved here was the transitioning of Quorn Foods from a greenfield virtualisation site with lots of legacy hardware of varying age and efficiency, to an efficient install that now boasts intelligent auto-tiering and cascading of data depending on importance to the business. Quorn Foods has come to rely on the advice and installation from Waterstons with DataCore’s SANsymphony-V sitting at the heart of this optimised success.”

DataCore’s Kevin Davids, Hayley Furner and Emily Darling were on-stage to collect the Award at the glittering ceremony.

Franziska Priebe, Marketing Manager of award organisers Angel Business Communications, says “This year we have had not only a significant increase in the overall number of nominations but also in the total votes received. The SVC  Awards recognise the users, manufacturers and suppliers operating in the cloud, virtualization and storage sectors and are voted for by the readers of our wide range of print and online publications. All finalists did well in making the shortlist but Quorn Foods (Marlow Foods) supported by DataCore Software was the clear winner in its category ‘Private Sector Storage Project of the Year’.”