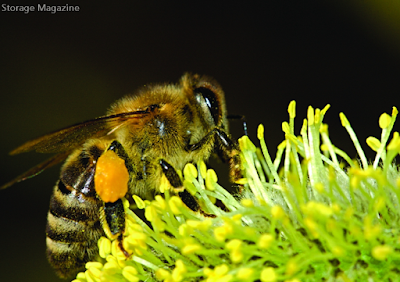 Ben Jones, Data Centre Manager at Fera is responsible for securely holding and delivering the vast wealth of research data gleaned from ongoing field instruments and trials. From their Yorkshire based data centre, Ben provides constant availability and high performance for Petabytes of data and assures ongoing business application performance. Faced with large fluctuating data sets five years ago, Fera’s IT team sought a solution that would both unify their legacy divergent hardware based estate and optimise struggling applications held on their Virtual Machines (VMs) to provide fast data mining.

Ben reflects, “Today Fera provides a large, single campus modern metro cluster split across 2 sites, for assured High Availability and we enjoy fast performance even in peak transaction times. Roll-back five years and the situation was far less clear with a large, fragmented estate that contained a mix of legacy devices, brands and technology. We needed an overlay layer that would unify and manage our assets maximising the investment that we had already made. We ultimately found this using software defined storage provided though DataCore’s SANsymphony-V platform.”

Five years ago, Fera’s then beleaguered IT Team took the decision to go back to the drawing board to address the multiple problem areas whilst future-proofing the size of the data set that was known to be quadrupling every four years. Containing Fera’s diverse and sprawling IT server and storage estate was the first pressing issue for the team, with multiple Dell/HP/NetApp/IBM standalone servers and hundreds of legacy Direct Attached and Network Attached Storage devices across the mirrored data centre.

Each year, IT had the onerous task of accurately anticipating the up-front storage requirements of departmental storage – or risk running out of space if storage had been inadvertently designated to another path. Performing maintenance, upgrades and critical updates across so many brands was also a huge overhead. Each time maintenance was performed, the mirrored device also had to be disabled, taken offline and then resumed. IT also wished to curtail the ongoing spiralling cost of network connections, multiples of which had been added in an effort to assist business continuity.

For the Fera user internally, the flailing IT infrastructure manifested in ongoing issues with speed of access to their applications, together with the inability to mine reports and record and access information as the maintenance window grew. At different times across the seasons, productivity levels dwindled further still as vast swathes of data arrived in unpredictable, colossal batches.
With these problems identified, the IT team sensed that their current environment was fast becoming unsustainable and sought alternate solutions that would not add to the hardware overhead. The clustered NetApp setup was becoming restrictive meaning that the VMware hosted application performance was becoming an ongoing bottleneck as applications competed for I/O. The team selected DataCore’s software storage virtualisation platform – then known as SANmelody – to run on a pair of Dell 2U PowerEdge 2950s – and thereby centralising the VMware critical hosts to improve performance and allow live migration of VMs without downtime.

A couple of years later, Fera seamlessly upgraded and expanded their environment to DataCore’s enterprise solution, SANsymphony-6.0, to provide parity across the mirror and to connect via fibre channel for speed. An upgrade to SANsymphony-V followed two years later, with DataCore’s software platform now running on a pair of Dell PowerEdge R910s, with dual Fibre Channel Brocade switches each side of the mirror for ultimate resiliency and true High Availability.

All of Fera’s storage pools and virtual disks are mirrored giving ongoing availability. Downtime is firmly an issue of the past as through SANsymphony-V, one side of the mirror stays functioning and fully available, while IT perform patches, Windows updates, backend fixes and essential critical updates to the other side.

Ben Jones explains “Essentially DataCore gives us the freedom of procurement across the estate. That’s a powerful statement. We can now research and select which disk chassis and vendors are most suited to Fera and select those which we know will have the best controllers and offer the highest density. Using DataCore as the software layer, we have found ourselves being able to confidently migrate away from incumbent brands as management is now unified and assured. With it, we have significantly reduced the ongoing maintenance overhead.”

DataCore’s Auto-Tiering feature assists Fera to correctly allocate over 1 PB of data. Auto-Tiering is used extensively within the environment with a quadruple tiering policy allocating and automating data into the most appropriate class of storage. For Fera this entails critical user data being allocated to Tier 1 (SSDs); VMware specific and scientific data to Tier 2 (Fibre Channel SAS); general data apportioned to Tier 3 (nearline SATA disks); and lastly, archiving data (including the vast quantities of raw science data sets) allocated to Tier 4 (held on re-purposed SATA drives). This final re-purposed tier allows Fera (with no additional overhead) to be able to retrieve if required for compliance, data sets from over 5 years ago.

High Availability is now assured within Fera. This became increasingly important nine months ago when Fera formed a joint commercial partnership with DEFRA (Department of Environment, Farming & Rural Affairs) to provide 24×7 access to focussed research across both organisations.
DataCore’s Thin Provisioning is another useful weapon in controlling future Fera storage overheads. Using SANsymphony-V, IT can now Thin Provision disk on-the-fly to Fera scientists with a few clicks, as and when required. Before, each employee would have a 2TB disk allocation and further provisioning had to be speculated based on historical usage.

DataCore’s Continuous Data Protection (CD
P) continues to assist the VMware platform with a planned and gradual migration away from NetApp. To assist this migration, Fera use DataCore’s CDP feature to provide 24 hourly snapshots to recreate VM functionality. So, in the event of a failure occurring, Fera can roll back in time to the last hourly point. DataCore’s inbuilt caching has also helped increase performance optimisation of the virtual environment and due to its inbuilt algorithms, VMware performance has been boosted by 15%.

Ben Jones concludes: “We are so confident in DataCore that we have based our entire environment upon it. Using DataCore, Fera now has a single management interface across our hundreds of disparate devices. It has become the cornerstone to our data centre.”
More info: www.datacore.com