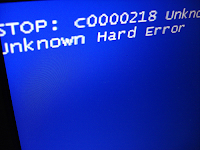 That’s the number of person-hours lost each year to IT outages in North America and Europe, according to a new survey commissioned by CA Technologies. It’s an eye-catching number, equivalent to almost 64,000 people unemployed for a year, but there were other numbers in the survey that caught my attention.

For instance, a third of the organizations surveyed didn’t have a disaster-recovery policy in place, despite the fact that most them understood that downtime can damage their reputation, staff morale, and customer loyalty, and almost a fourth of the companies said that failure to recover data would be disastrous. The numbers also revealed that employee productivity suffered almost as much during data recovery as it did during the downtime itself.

Even more interesting was the fact that something like 95% of those lost hours come from small businesses with less than 500 employees. Of course, that’s mostly due to the fact that there are so many small businesses compared to larger firms, but I’m sure there’s also a “we can’t afford disaster recovery or high availability” mentality at work. How many of those lost hours could be reclaimed if businesses realized that in the era of virtualization, DR and HA no longer require specialized hardware and expensive duplication of resources?

Server virtualization combined with storage virtualization software makes it possible to use standard server hardware and disks—fancy arrays entirely optional—to make disaster recovery what it should always be—a last resort—by assuring business continuity and zero-downtime recovery with synchronous replication. It works if you have 200 TB of data spread across multiple metro clusters, and it works if you’re a small business dependent on a private cloud. Adding storage virtualization software to your virtualization playbook means you can put all your hardware to work, all the time, and stop worrying about being a downtime statistic.