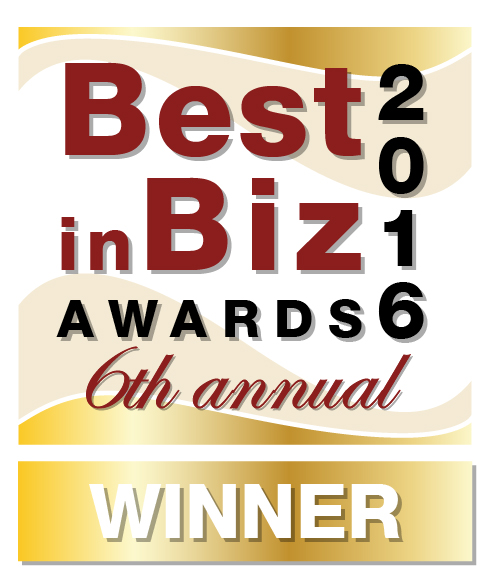 FORT LAUDERDALE, Fla., November 30, 2016 – DataCore Software, a leading provider of Hyper-converged Virtual SAN, Software-Defined Storage and Adaptive Parallel I/O Software, has been named a gold winner in the Best in Biz Awards Innovator of the Year category, honoring the achievements of DataCore Chairman and Co-Founder, Ziya Aral. The Best in Biz Awards is the only independent business awards program judged by members of the press and industry analysts. The sixth annual program in North America garnered more than 600 entries, from public and private companies of all sizes and from a variety of industries and geographic regions in the U.S. and Canada.

Aral co-founded DataCore in 1998 after a 20 year career in the software industry, including serving as chief technology officer / vice president of engineering at Encore Computer Corporation. He also designed the first high availability UNIX-based intelligent storage controller in the industry, and his development team pioneered storage virtualization and disk-based data-sharing and provisioning technology.

While he has long been considered a “guru” in the industry – widely published in the field of parallel programming and computer science – 2016 was among Ziya Aral’s most innovative years. Responsible for the direction of DataCore’s technologies, advancements and products, this year he spearheaded the company’s efforts to tackle the biggest problem facing the IT industry today – the I/O bottleneck.

In order to keep up with the rate of data acquisition and the unpredictable demands of enterprise workloads, business applications, data analytics, Internet of Things (IoT) and highly virtualized environments, systems require ultra-fast I/O response times. However, the required I/O performance had failed to materialize in large part because software development hadn’t exploited the symmetrical multiprocessing characteristics of today’s cost-effective multicore systems. Based on their unique expertise in the computing industry, Aral and his team of technologists developed DataCore™ Parallel I/O software. Parallel I/O executes independent I/O streams simultaneously across multiple cores, dramatically reducing the time it takes to process I/O and enabling a single server to do the work of many. The technology is proven at customer sites and has shattered the world-record for I/O performance and response times using industry-audited and peer-reviewed benchmarks.

“If companies are going to stand out from the crowd and remain competitive in future years, innovation is key. The market is tough and there is no guarantee that today’s dominant players will remain so — unless time and effort are concentrated on research and development,” said Charlie Osborne, ZDNet, one of Best in Biz Awards’ judges this year. “This year’s entries in Best in Biz Awards highlighted not only innovative business practices but the emergence of next-generation technologies which will keep companies current and relevant.”

“DataCore’s innovations and technological success can be largely attributed to Ziya Aral,” said George Teixeira, president and CEO of DataCore. “He has played a fundamental role in developing our new Parallel I/O technology, and as a result of his vision, a new class of solutions has been created that not only completely revolutionizes storage performance but takes parallel processing from the realm of the specialist to making it practical and affordable for the masses. Unleashing multicores from the shackles of being I/O bound opens up endless new possibilities for cognitive computing, AI, machine learning, IoT and data analytics.”

“There were tons of great entries this year — it was especially difficult to pick the most worthy candidates out of the many submissions,” said Christopher Null, Wired, returning to the Best in Biz Awards judging panel for the fourth year.

For a full list of gold, silver and bronze winners in Best in Biz Awards 2016, visit: http://www.bestinbizawards.com/2016-winners.