Why do so many forward-looking IT initiatives stop dead in their tracks? Cost may be one reason, but just as often it’s the disruption they bring. Unfortunately, many technology breakthroughs break things we desperately depend on. They are simply too different, with very diverse methods of operation.

That’s especially true when introducing attractive new options for your storage infrastructure. You’d think that all of the standardization in network protocols and I/O interfaces would make the addition of next-generation technology plug-n-play. And to a degree they do—but only from the standpoint of physical connectivity.

It’s another matter altogether for administrative functions where the procedures for provisioning capacity, protecting data and monitoring behavior vary so drastically from one model to another, even from the same manufacturer. Blame it on separate development teams, OEM deals, or desire to innovate—the result is the same, broken processes and transition headaches on your end.

These difficulties may be sidestepped through a universal control plane. One that treats new storage options as interchangeable components under a common set of administrative services. You employ the same familiar operations to allocate disk space, safeguard data and track the overall health and performance of the storage resources- varied as they may be.

You may be picturing a translation layer that converts your device-agnostic requests into device-specific APIs. And you’d be partially right. But that would prove impossibly difficult to keep updated each time another widget appeared in the market, or their APIs changed. Instead, the DataCore™ virtualization software operates in-band, acting like an application that simply reads and writes data. This empowers it to organize the disk space, replicate critical data and sense I/O patterns and responses directly without issuing proprietary calls to the devices.

Next time you contemplate bringing in a novel new storage alternative, the universal control plane seamlessly absorbs the new addition into the resource pool, facilitating a rapid, non-disruptive modernization.

…then it’s merely a matter of having budget for it. 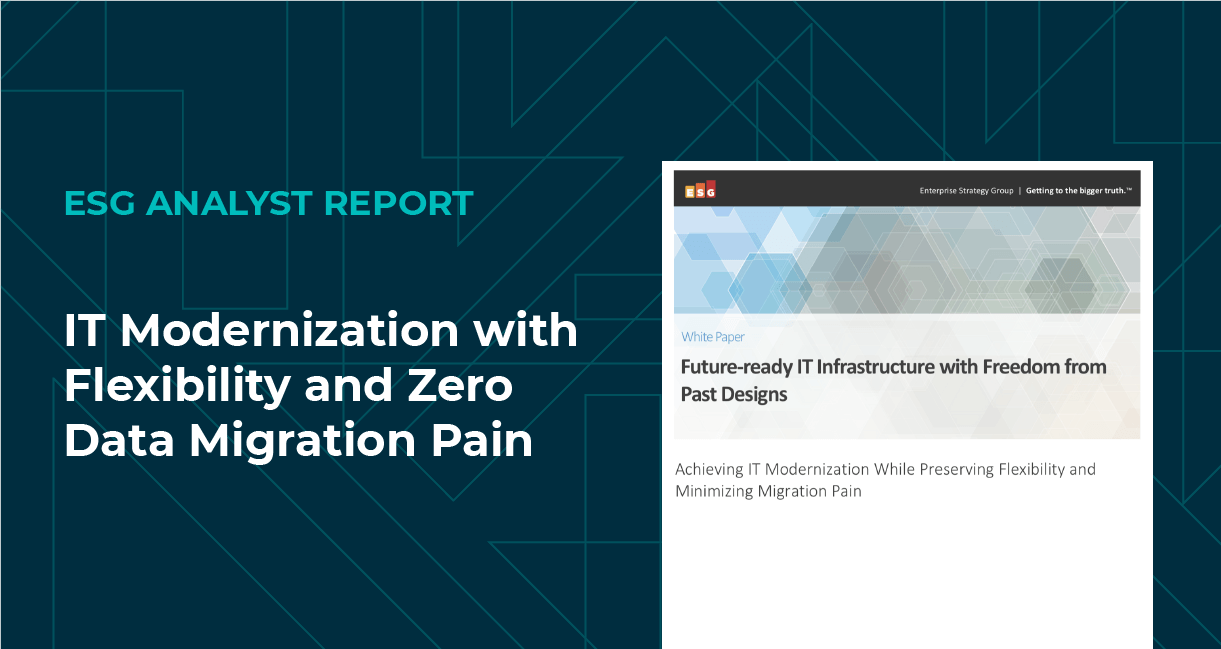 For more details, please refer to the ESG White Paper, Future-Ready IT Infrastructure with Freedom from Past Designs.