As discussed in a previous blog post, companies are finding that their analytical applications are slowing down as they add more data to the mix.

Companies have attempted to address this performance issue by upgrading their hosts to powerful multi-processor / multi-core systems with lots of RAM. But, the performance issue hasn’t gone away.  The next problem is the I/O gap.  Most I/O is processed serially and with clock speeds not increasing, there is now a big difference in the work potential of the compute and storage tiers.

IT has attempted to address the I/O gap by using faster storage media on the hosts, namely flash.  The rationale is that traditional magnetic disk drives are much too slow to keep up with modern CPUs so by using flash storage, the I/O gap is eliminated. 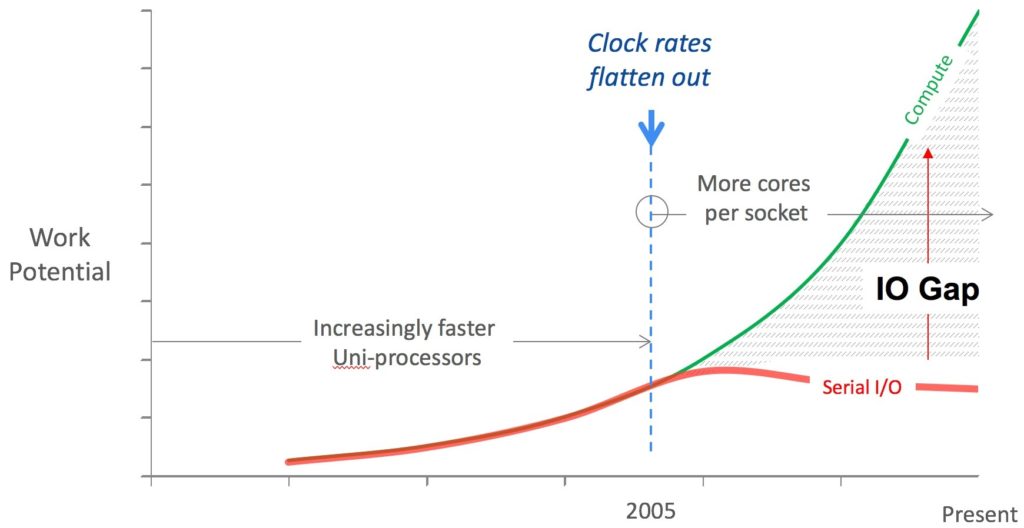 First it was SSDs, then it was PCIe and now the latest and greatest is NVMe.  While not nearly as fast as RAM, all of these are much faster (by orders of magnitudes) than traditional magnetic disk drives.

And yet, applications are still too slow.

So, where’s the bottleneck?

The hidden secret is that the bottleneck is in the operating system on the host.  This seems a bit odd considering modern operating systems are designed to handle complex applications, be able to multi-task across various applications and leverage the new technologies in the hosts.

In a future blog post, we’ll discuss the bottleneck(s) in the operating system.

To improve performance, encourage your IT people to download a trial of MaxParallel. There’s no risk and it’s likely that your entire organization, including IT, will benefit from it. They can test it with no costs as a 30-day trial in their environment today!